The president of Port Moody Soccer Club (PMSC) feels his association is being left in the dust. Quite literally. 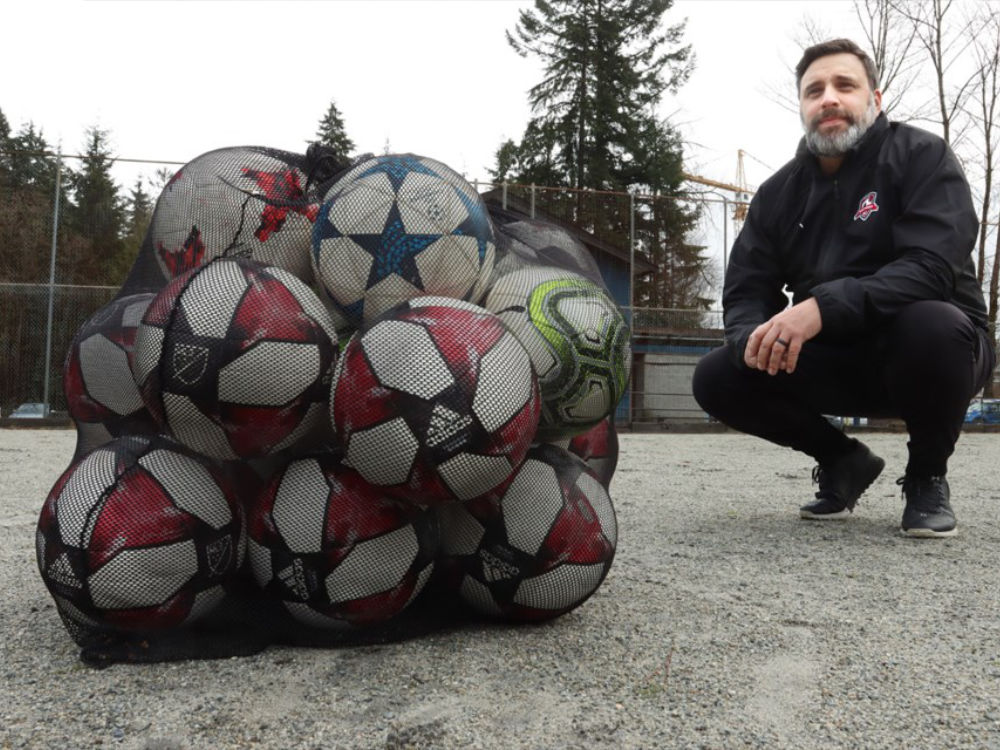 Dustin Crockett said while neighbouring soccer organizations in cities like Coquitlam and Burnaby have been able to expand their programs over the years as facilities have improved and the numbers of pitches available to them have increased, the only thing PMSC has been able to grow is its waiting lists.

Plans for an adult team in the Pacific Coast Soccer League, elite teams in the BC Premier League, futsal programs and more adaptive programming are on hold because all fields in the city are already booked solid.

“We just don’t have the infrastructure,” Crockett said, adding the solution is right beneath his feet.

Crockett is standing on the dusty, all-weather gravel pitch at Inlet Park. Aside from the stones that tear up knees and elbows, the unforgiving surface is pocked with holes dug by dogs that could easily turn an ankle.

He can’t remember the last time a soccer match was played there, and other than the occasional slow-pitch tournament, it’s mostly used for overflow parking when events like Ribfest or Canada Day take over nearby Rocky Point Park.

“It’s not being used for its intended purpose,” Crockett said.

Inlet Field is hardly a showcase facility for what could be Ground Zero for soccer in Port Moody as PMSC’s field house is located right next to the moonscape playing surface.

But that’s another story in itself.

Built in the 1970s, Crockett said the cinderblock and wood field house is used for little more than storing balls and nets these days. The building has mould problems and is plagued with mice. The canteen hasn’t operated for years. “We can’t store legal documents or hold meetings,” he said. “We’re kind of working out of our homes.”

In 2018, a solution seemed within reach.

PMSC, along with other user groups, had developed a plan with the city to construct a FIFA-regulation turf field that could be divided into three smaller Super-8 pitches for younger players, and softball diamonds were located at two opposing corners.

As well, the club would get a new 320-square metre field house that could also be used as a community space. A new parking lot would accommodate 88 cars.

But that didn’t come through.

The city’s latest plan is to try again for the grants, by dividing the proposal into smaller components.

Mayor Rob Vagramov said the city is waiting to hear whether its latest application to the joint Provincial and Federal Investing in Canada Infrastructure Program for $4.5 million of total eligible costs of $6.2 million is successful. But that likely won’t happen until late summer.

In the meantime, he added, staff continues to work on additional funding options.

Vagramov said detailed design work for the field is completed, and the design for a new field house is in the conceptual phase. He said tenders for actual construction could go out as soon as the grant is approved.

But, Crockett said, PMSC has heard it all before.

In 2011 a $3.17-million plan to build a soccer field, softball diamond, a new field house and 41 parking stalls was deemed too pricey.

In 2016, Port Moody council committed to finding a way to fund the project, even allocated $375,000 to a new Inlet Park Field Redevelopment capital reserve fund.

The close calls only add to the soccer club’s frustration, Crockett said. “We could have had this done already multiple times,” he said. “The excuse is always about priorities.”

Crockett said PMSC is examining its options. Those could include discussions with developers and sponsors to directly fund construction of a new facility. In Calgary, the sale of naming rights to Repsol Oil and Gas helped pay for the expansion and ongoing operation of a sports centre that includes five swimming pools, five gyms, a dive tank and fitness centre.

More importantly, Crockett wants to ensure the issue isn’t left to languish, especially as Port Moody grows. He estimates the club could accommodate 30% more members with a new field.

“We want to continue to build and grow,” he said.