On Sunday the Port Moody GU13 Div 2 Strikers were declared the champions in their league, after an exciting game final against Coquitlam Metro Ford Blue Rockets.  The game ended with a 0-0 tie, and the Strikers won the title in a penalty shootout, scoring with all five of their penalty kicks, against the opponents' 4 successful penalty kicks.  This is the first season that the Strikers have played in Division 2, so the team is very excited about their success this season.  The coaches need to be congratulated not only for their dedication and developing the team's soccer skills, but for their patience with this vivacious group of girls.  The team celebrated the season with a bowling and pizza party, and will be back on the pitch for Spring League.

Photo and write up submitted by Noelene Ahern 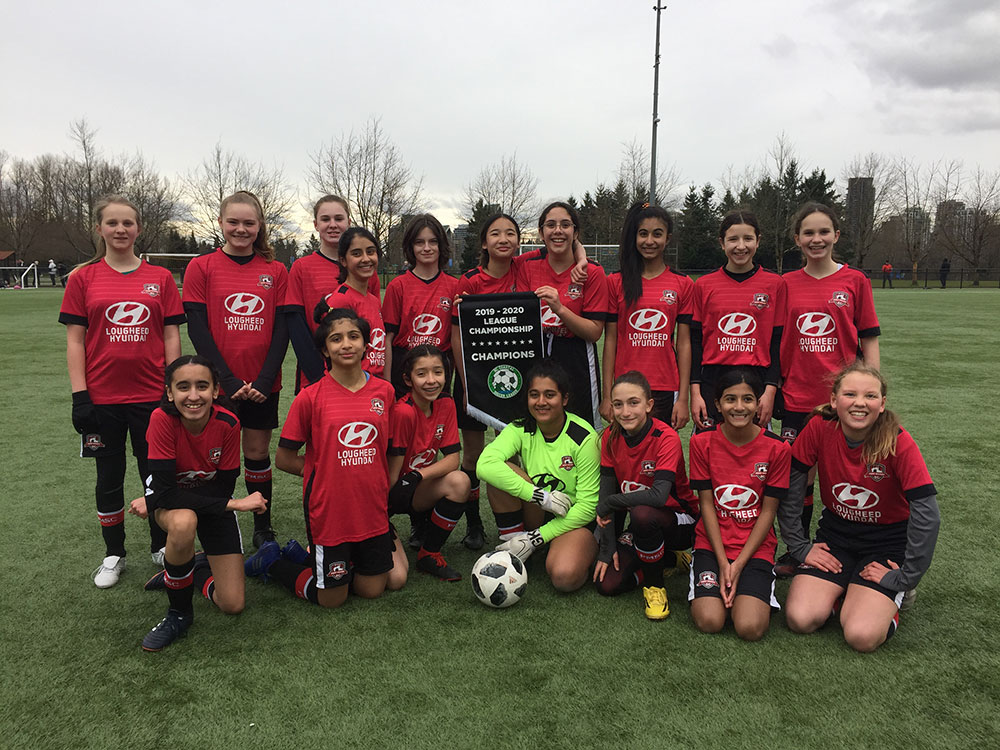