We are thrilled to announce the newest appointment to our Technical Leadership team, Srdjan Djekanovic as Boys Head Coach (U13-18). 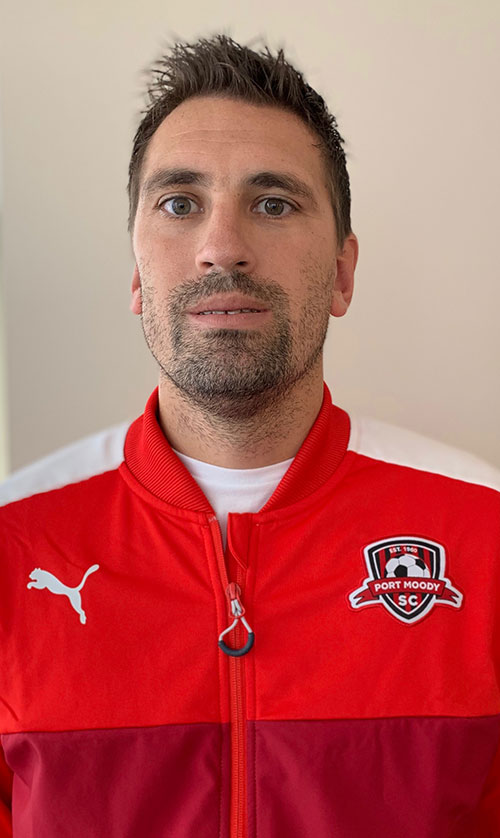 Srdjan ‘Serge’ Djekanovic is a former Major League Soccer player and Canadian International. As a student athlete he has won 2 Championships with UBC Thundersbirds, and at the professional level he played for 10 years - representing Canada through this time. During these 10 years of playing professional soccer Srdjan played for Vancouver Whitecaps, Toronto FC, and Montreal Impact, being the first soccer player in history to play for all three of those Canadian professional soccer clubs.

Since retiring from professional soccer, Srdjan has been teaching in School District 43. He holds a Master’s Degree in Educational Leadership and works as a teacher with the District’s Inclusion Support Team. Srdjan and his family live in Port Moody. His one-year old son, Luka, is a frequent visitor on the soccer fields with his daddy.

Since 2011 Srdjan has continuously coached in the BCSPL (Fusion FC and Surrey United). His teams have won the Provincial Championships twice and were the runners up twice. During this time, Srdjan also won the Canadian Championships in 2012 as assistant coach with UBC Thunderbirds Men’s Soccer Program (assistant coach of UBC 2011-2013). Following UBC’s National Championship win, he was appointed the head coach of Kwantlen Polytechnic University Men’s Soccer Program in February 2013. Under his lead KPU qualified for the National Championships for the first time in program’s history (2015), and for the first time were ranked within Canada’s top 10 (2014).

Welcome to our club and the PMSC family Serge!